I began at Corexcell after my junior year of high school. Corexcell training was one of the best choices I ever made. I had already committed to play Division I field hockey, so I needed to get in really good shape for college field hockey, and to have a great senior year. It made a huge difference in my play. My speed and cutting was drastically improved. I improved a ton with my upper body strength, which gave me so much power on my shots, especially on my reverse chip shot. I led the District with 37 goals and was named All-State. I was also the Morning Call 2010 player of the year. Our team took 2nd in Districts losing to Emmaus by 1 goal and went to the quarterfinals in states. Then, after the season, I came back to train for 6 months before college, so that I could potentially start as a freshmen. During college summer league, I led the team in goals. When I arrived to college preseason camp, I was one of the team’s best in testing. My coach said I was well prepared, since I was one of the quickest and strongest girls as a freshman. I was so pumped when I learned that at the end of camp, I earned a starting spot, as a freshman. I started every game and scored 30 goals. Thanks Corexcell! 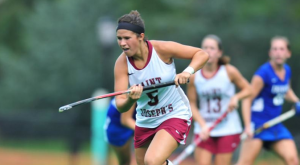 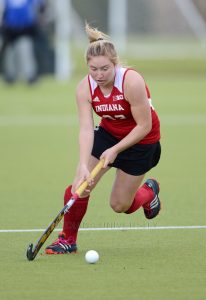 I went to Corexcell because I had saw the results they had gotten with other athletes at my school. So I had to get ready to play Division I Field Hockey where every girl on the team are great players. I wanted to get flexible so that I could run faster and prepare for my preseason conditioning test. The test that I went through showed me my weaknesses that i had to attack and improve if I wanted to have an edge on other players. In a short period of time I could see my self getting looser and improving my running stride and my cutting ability. I passed my conditioning test with flying colors and I saw a lot of playing time as a freshman. Thanks Corexcell!

I came to Corexcell because Robbie Frey was training for the NFL and I wanted to get faster for track and field hockey. I came in they worked on getting me stronger. My squat went up 80-90lbs and then I could notice myself drastically getting quicker. They helped me with my running form and made me one of fastest hockey players in the district. I won 3 District track medals in the spring of my junior year. I raced my friend Abby Frey who plays for my dream school for field hockey and was inches away from beating her. Once the coaches say that They called me up in Feb. notifying me that Id be playing Division I Field Hockey. It was the happiest day of my life. Thanks Corexcell! 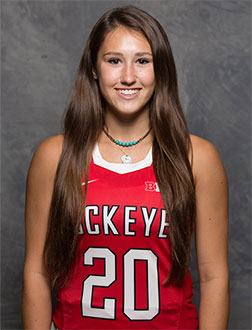 After training at Corexcell for 5 months, I felt fully prepared going into my freshmen year at Ohio State. As a Freshman I was one of the strongest on the entire team and had no problem passing my run tests. I owe Corexcell a lot and I could not have been that confident going into a D1 program with out them.

Check out my training video.

Let Us Help You Reach Your Full Potential

CoreXcell is ready to help you train – whether you’re training for a sport, college recruitment, or just trying to reach your full potential. Schedule your session today by calling, emailing, or filling out the form. We look forward to hearing from you.